Fistula
Repair for
every woman
everywhere

we are attempting to end fistula in 50 communes of madagascar

What does ending fistula involve?

eliminating the backlog of untreated cases

normalizing fistula as
an injury

Advocating to the local communities so that they understand that fistula is a treatable injury, and not a mystical curse

Collecting, analyzing, and mapping the gender inequality that causes fistula 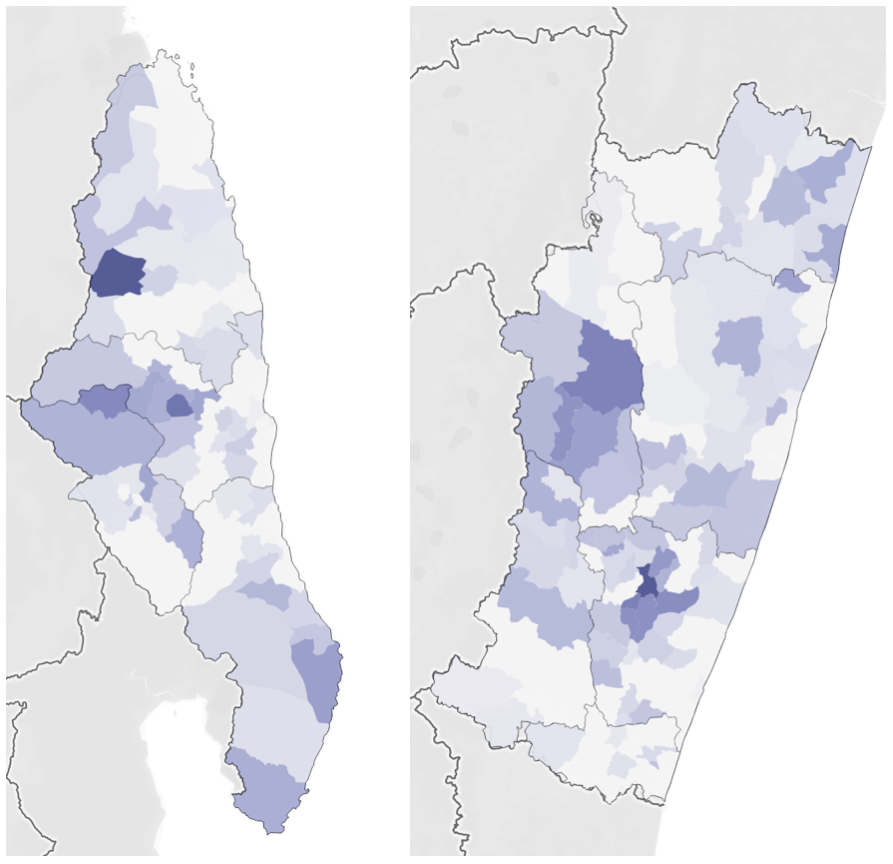 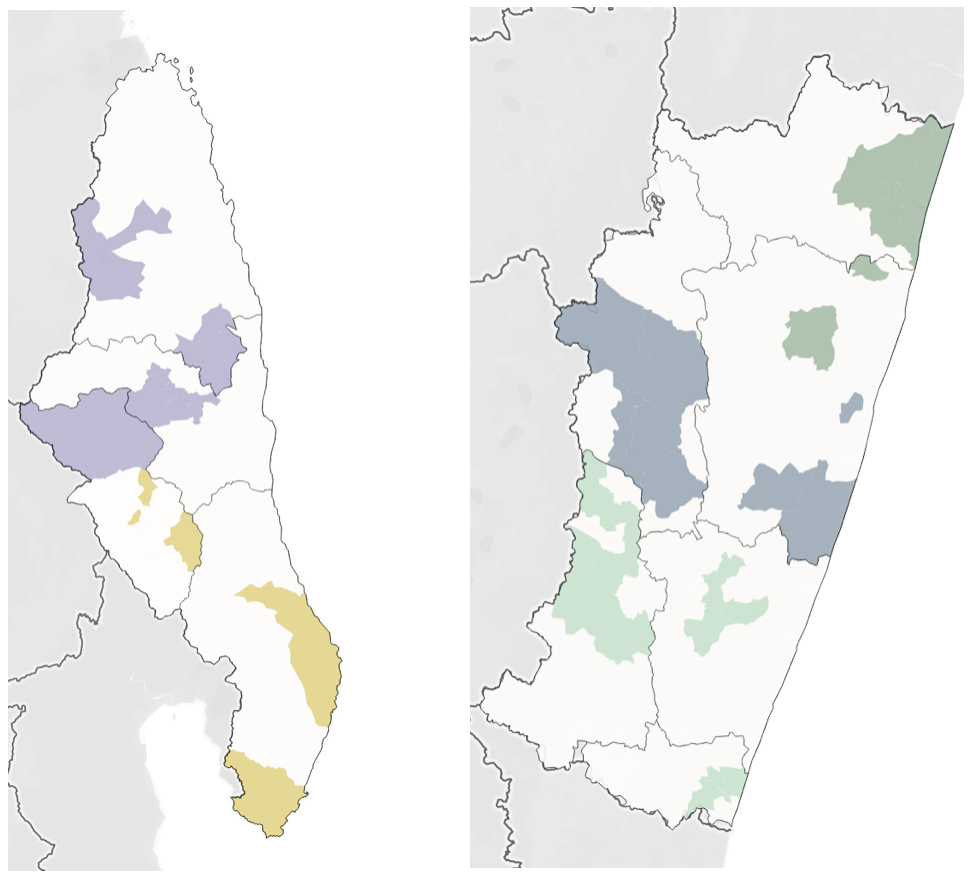 We are working directly with the Madagascar Ministry of Health to realize the vision for FREE in two regions (SAVA – on the left – and Vatovavy-Fitovanany, which we will refer to as V7V). These two regions are composed of 10 districts, and the 10 districts composed of 218 Communes. The first phase of our work is focused on 50 communes – 5 in each of the 10 districts.

We want to prioritize saturation because we are closest to treating the entire backlog in the communes where saturation is the highest.

However, it is also important that we can function operationally in the selected communes. Roads, rivers, and mountains separate these administrative boundaries and so we must consider this geography.

Finally, it is important that we select a sample of communes that is diverse, so that what we learn in the project has maximum potential for replication, in Madagascar and beyond.

We first looked at implementation. In order to get program efficiencies, we clustered the 50 communes into 5 operating territories (SAVA North, SAVA South, V7V North, V7V Central, and V7V South), which you can see colored in the maps to the left.

We have selected all communes for diversity.

The community engagement, outreach, and logistics to find every patient and get them to care.

The clinical and surgical portion of the program - diagnosis, treatment, and post-operative care for women.

We will engage patient ambassadors to work across all operating areas of the program. These former patients will help convince women to seek care, accompany them in their treatment journey, and help them get back on their feet. We believe that no one has more power in our program effort than women who have been through the experience of fistula treatment themselves. 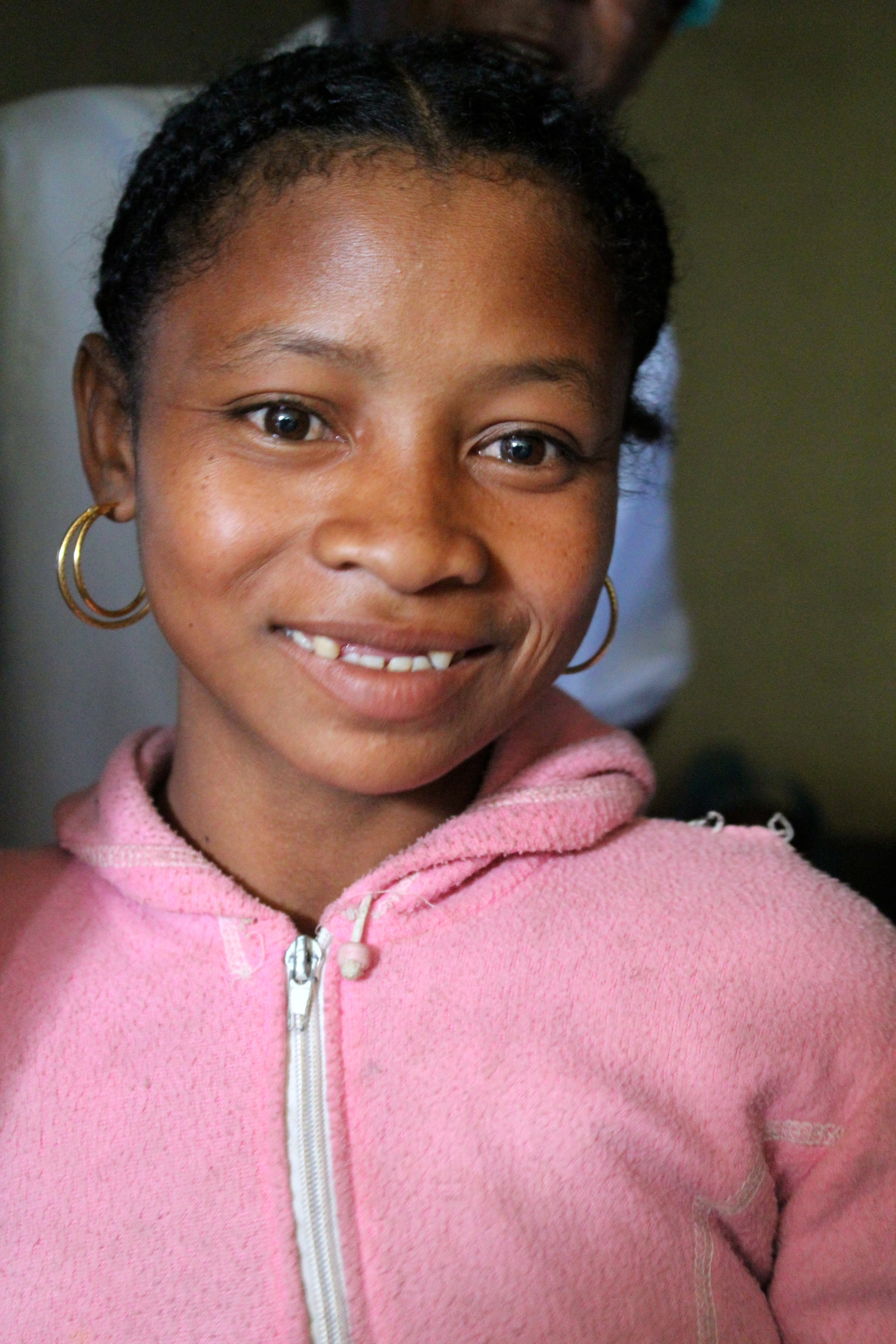 One of Operation Fistula’s core values is “we believe in the power of proximity.” This means we think the people who are closest to a problem will often have the best ideas of how to solve it. Often, though, these people will not have the resources or the authority to solve these problems and therefore need support. This is why Operation Fistula set up the Mitady component: to get closer to the community and the patient.

The goal of Mitady is to identify and mobilize the patient from their home to the point of care. This part of the project is created to work at the community level, to facilitate patient recruitment and referral. This aspect of the program includes community sensitization for the prevention and identification of cases of obstetric fistula. Awareness-raising includes communicating and providing information about obstetric fistula directly to key community stakeholders, including village leaders, community health workers, and matrons.

We believe the best path to finding patients will be through the matrons, as every fistula patient is likely to have had some interaction with these traditional birth attendants in their childbirth experience. However, connecting with these key stakeholders will require a deep engagement with the leaders of every village.

From the beginning, Operation Fistula has been working to identify the best techniques for improving care for women living with fistula. During the pilot phase, the approach was based on funding local surgeons. This pilot was an instructive experience and resulted in a new wave of data that helped us to address one of our cores values: “measure everything that matters.” Along with this information, we came to view the importance of including actors involved at each level of the patient treatment journey, as well as collaboration with the Ministry of Health.

Amboarina aims to ensure that the quality of care for the patient is the first priority, and that diagnosis can happen as close to home as possible. This part of the program develops the protocols and motivations with the treatment centers and the Ministry of Health (as well as the surgeon and medical professionals who participate in the surgery). We are also deploying an assessment and training program that will allow us to ensure that the woman has the best possible care, while simultaneously building capacity of the surgeons in the country.

To bring diagnostics closer to the patient, we will test a three-step diagnostic process that is both highly sensitive and highly specific. It will start with a four-question test that can be done at home and should catch every fistula patient, but also many other issues. Patients who test positive on the questions will be given a water test to screen for observed incontinence. This can be done at home or at a clinic. This is still a sensitive test, but also a bit more specific. Patients that test positive for the water test would then get a physical exam/dye test, which will confirm their fistula. This test is highly specific and will confirm and classify the cases. 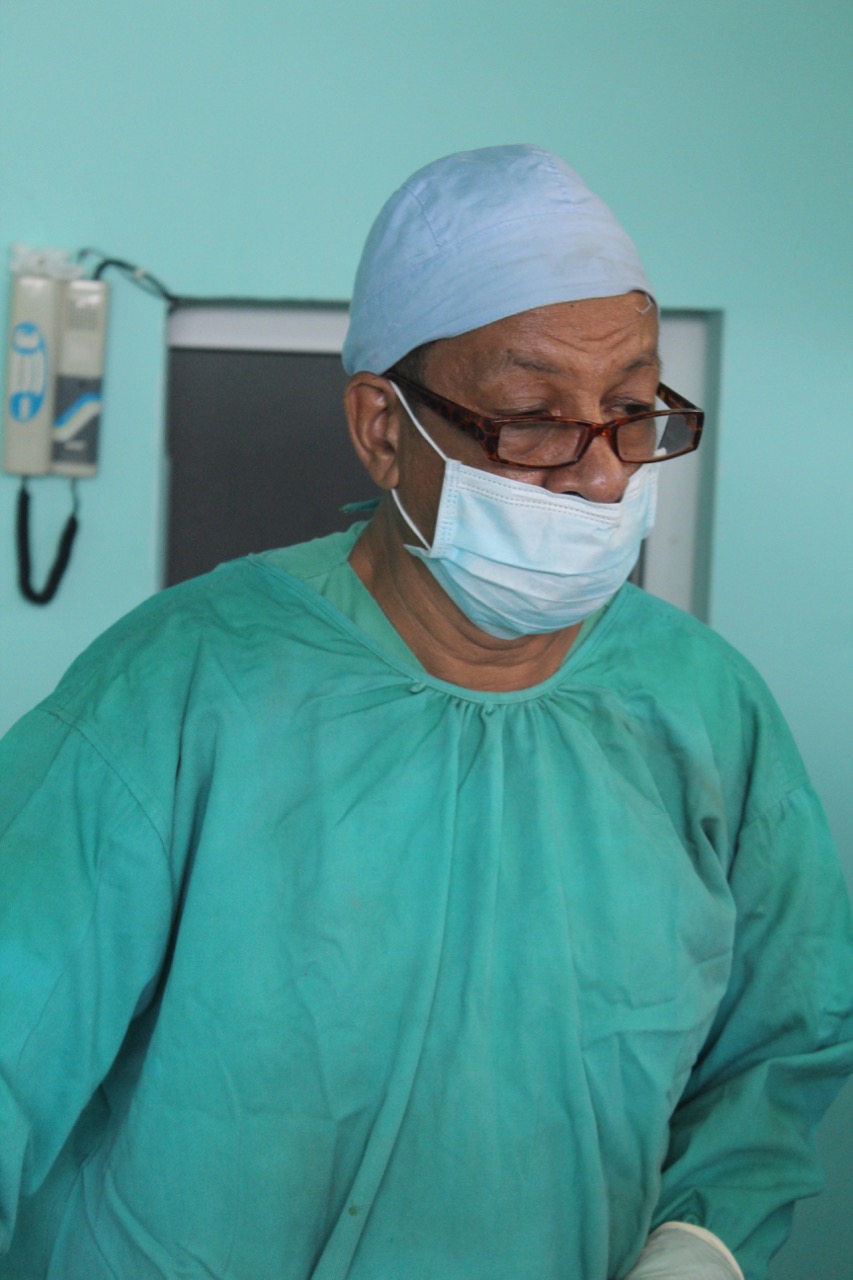 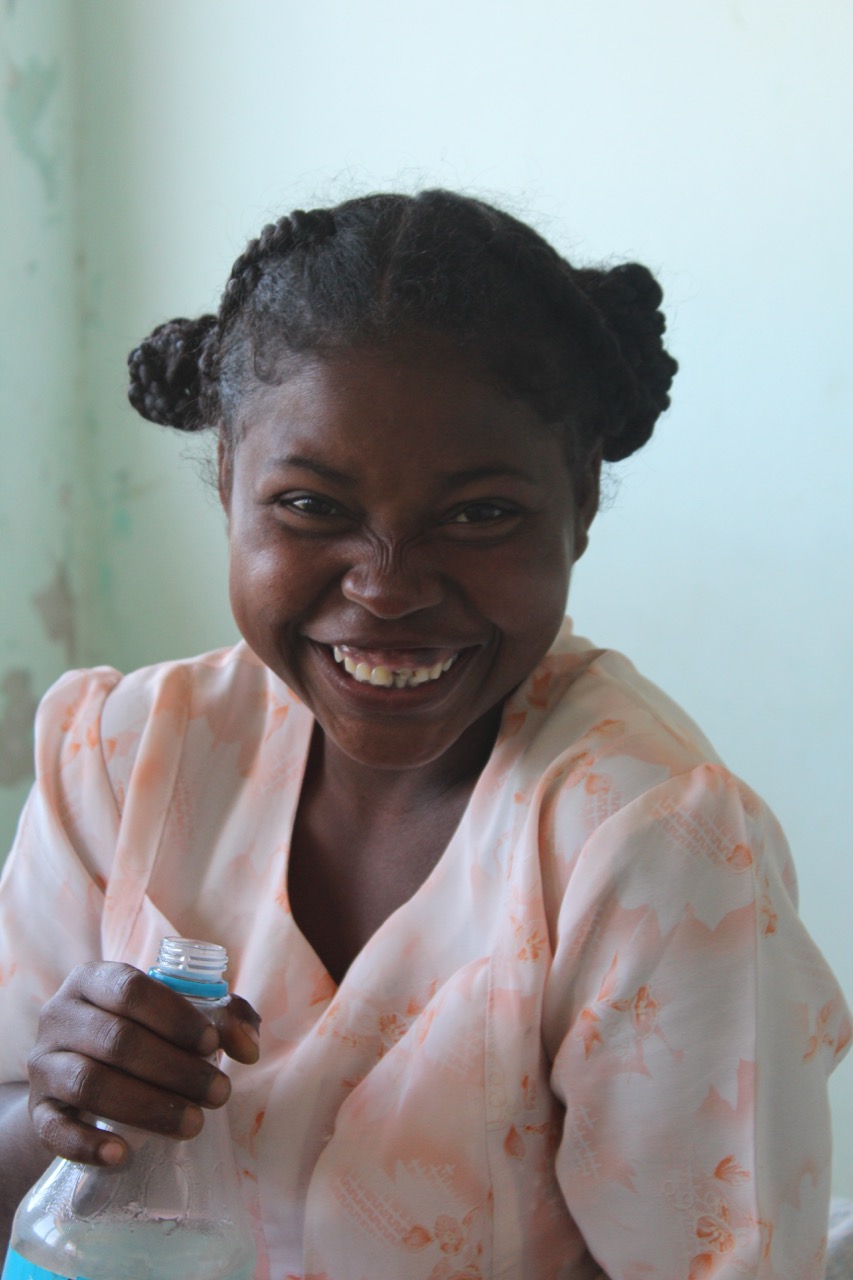 “The patient is everything.” This core value summarizes our activity for Mikolo. Our aim is not only to treat fistula physically, but psycho-socially too. The ability to cope with daily life is an important part of recovery after the marginalization they may have experienced while living with a fistula. Mikolo aims to help women return to and participate in their own communities post-surgery, and accompany them through the patient journey, ending in their reintegration into their communities, empowered and with dignity, after the treatment of their fistula.

To ensure the realization of this goal, we are creating Hope Centers that will be co-located with each of the treatment centers participating in the program.

The Hope Center is a place that will receive women from the community and help them get ready for surgery. This is especially important if improved nutrition is required to get them healthy enough for surgery. The Hope Center is a place where women can recover post-operatively; where they can come to do post-surgery exercises, receive counseling for best health practices going forward (family planning, advice on future pregnancies, and delivery); and where they are offered training to help with economic empowerment.

As the name suggests, the Patient Ambassador component is present in all three levels of patient care. One of our core values is, “we welcome scrutiny.” This aspect of the program assures that we’re getting feedback from the people we’re most dedicated to hearing from: patients who have undergone treatment, whether it was a success or a failure. Patient Ambassadors are women who have had their fistulas treated and who now want to help other women access the care they need.

A Patient Ambassador’s aim is to ensure that women who understand better than anyone else what it means to have lived with a fistula are active in every part of our program. They help the Mitady team convince identified women to seek care, and accompany them through the Amboarina process. They reduce fear, helping patients understand what is happening during their time in the hospital. And they help women through the Mikolo phase of the project, managing expectations of the return to their communities. In every aspect of their work, these ambassadors share their stories and provide a future vision — they are a role model for those just beginning their treatment journey.

Having a large staff of patient ambassadors also ensures that our program is highly focused on the needs of the beneficiaries above all else. They are a clear feedback mechanism, keeping the patient voice at the forefront of our planning and program management. 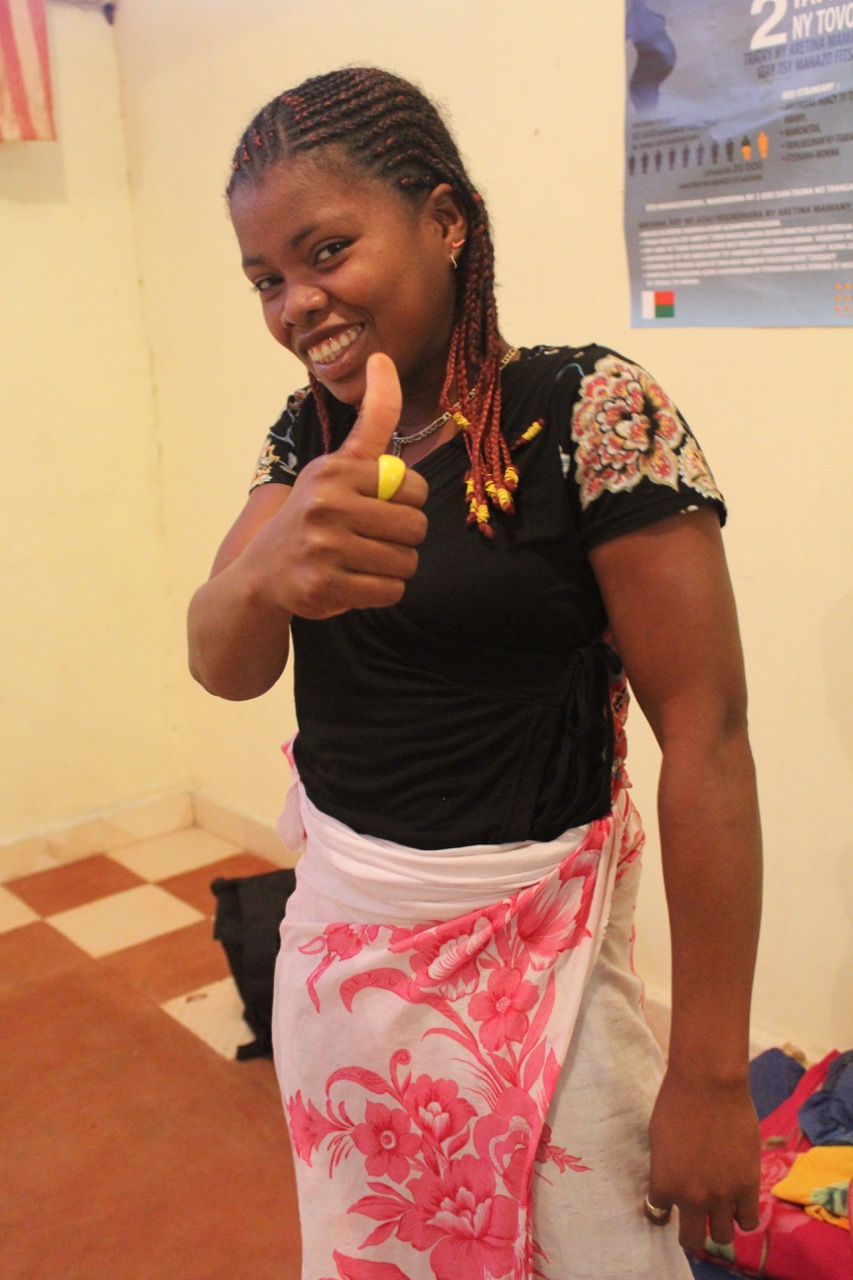 A MODEL BUILT FOR scale 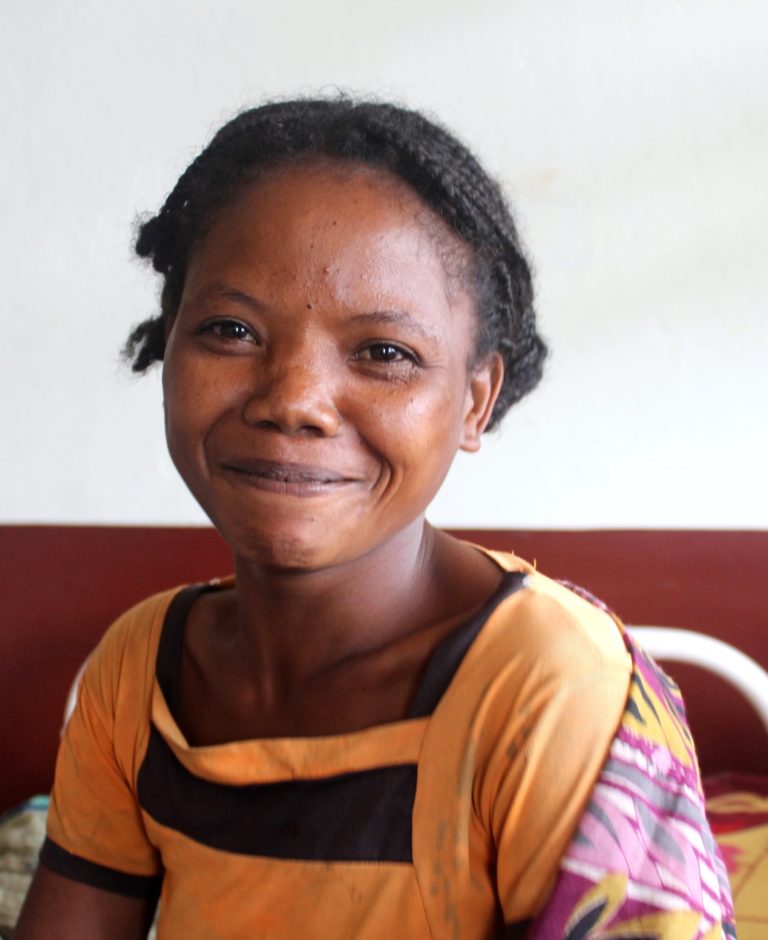 As we learn more about what works and why, we’ll create protocols to share with the entire fistula sector. We’ll also be collecting data from across the whole continuum of care, recording outcomes, and analyzing our findings. For the first time, we will have a complete picture of the patient journey, with data and evidence-driven practice propelling high-quality patient care and transformative outcomes.

Our ultimate goal is for partners in Madagascar and throughout Africa, Asia, and the Middle East to be able to replicate the FREE model, so that we can truly reach, heal, and nurture every woman, everywhere.

FREE pushes decision-making authority and operational data to the people driving patient care – both clinically and managerially. All of this drives innovation.

By leveraging the GOFAR platform we will be able to share and accelerate lessons from this model of care across the globe, in real time.

As a result, we will be able to harness collaboration on a scale that’s never been seen before.

Help us reach every woman, everywhere. No one has ever entirely ended fistula in a place before. We’re going to change that.

FREE is on the cusp of scale – take us to the next level by investing in our mission. Together, we can end the scourge of obstetric fistula!

Help us reach, heal, and nurture every woman living with fistula across 50 communes of Madagascar. Not only will you be transforming lives, but you'll be contributing to a model of care that truly has the power to end fistula.

Join us in our work to deliver this model of care globally. Together, we can ignite a data and quality driven movement across our sector, and end fistula for every woman, everywhere. 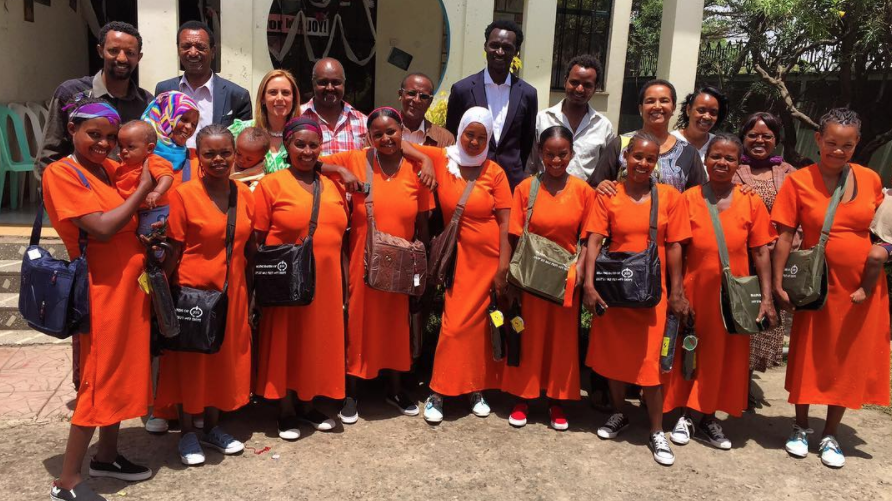 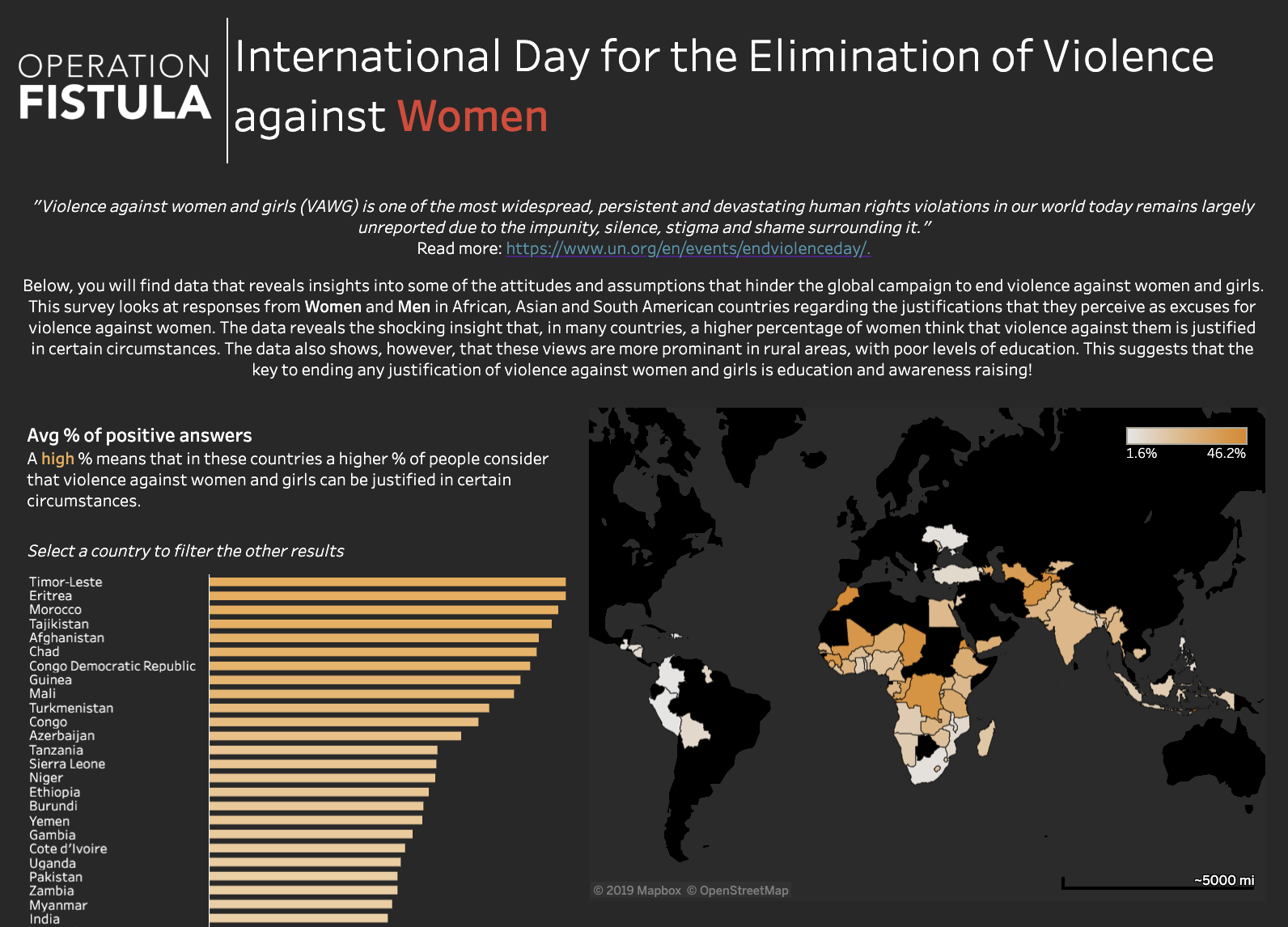 Eliminating Violence Against Women and Girls