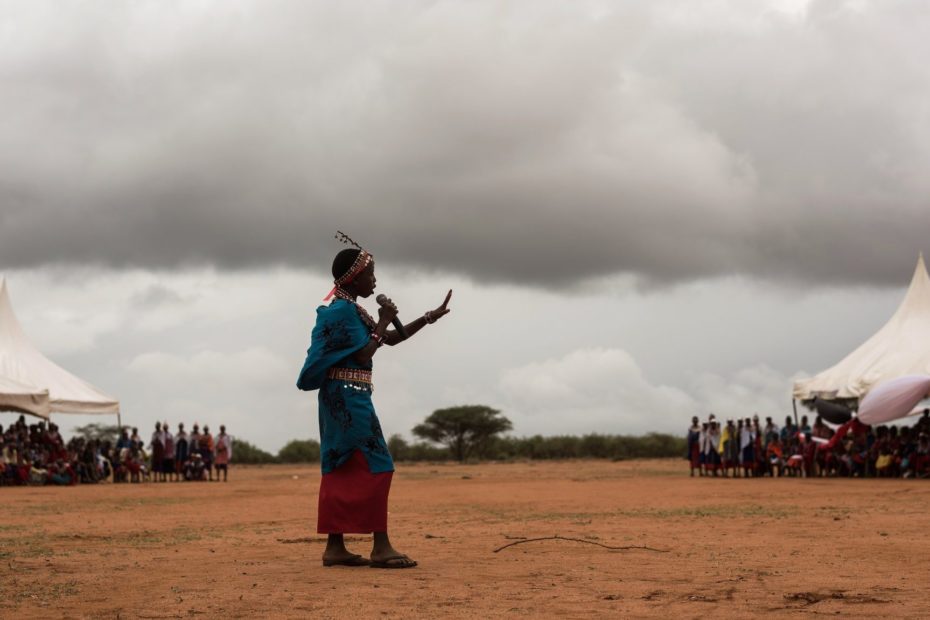 Changing the mentality behind FGM in Kenya

Kenya’s vast ethnic and cultural diversity is reflected in the differing rates of FGM across the ethnic groups. One report shows the rate of Somalis who practice FGM is at a staggering 97.7%. The next-highest prevalence is found among the Kisii (also known as the Abagussi or Gusii), at 96.1%, and the Maasai, at 73.2%. As long as custom is deeply ingrained, and implemented by the authority of elders, and the absolute power of men, girls in these regions have very little freedom.

This is why one girl’s story is so remarkable. Her Masai community believe that women “aren’t women” unless they are cut, meaning men can’t take them as wives. FGM seemed unavoidable, but 8-year old Nice Nailantej Lengete managed to escape being cut. Time and time again. However, although Nice succeeded in defying the Masai tradition, she had to watch her sister suffer it. After her cutting ceremony aged 12, Nice’s sister was taken out of school and married off to an abusive older man: a routine common for girls after their cutting.

Today, Nice Nailanteg Lengete is 27 and has spent her life striving to help girls at risk of FGM. Because of Nice’s constant campaigning in ensuring that girls’ transition to adulthood should exist without FGM, she has managed to convince many young Masai men (‘morans’) to overturn this centuries-old tradition. Currently, she is project officer for Amref Health Africa in Kenya, which has rescued over 9,000 girls from enduring FGM.

Her fight for girls’ rights has been recognized nationally, with Kenya outlawing the practice in 2011 and opening a special unit for investigating cutting cases in 2014. However, Nice says that rural regions are practically exempt from the law because, “these people in the village, they can’t read or they don’t even know what the constitution says about female genital cutting.” Nice has helped introduce “alternative rites of passage” which includes educating communities about the severe health risks of genital cutting and women’s reproductive rights. As a result, ceremonies have begun to emerge with the exclusion of the cutting.

Nice and the constant work of Amref and similar organizations have helped save thousands of girls. It will be a long way before mentalities are changed permanently, but in Nice’s words: “Without patience, you can’t make change.”