A Pandemic’s Burden on the Most Vulnerable 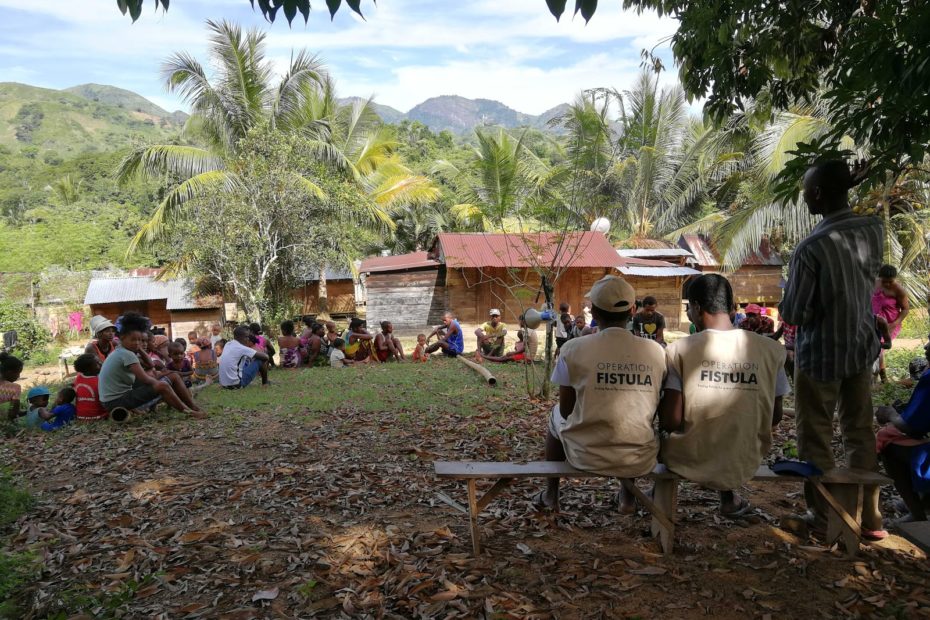 “Covid-19 is potentially catastrophic for millions who are already hanging by a thread,” was the blunt assessment by the chief economist of the World Food Program in a recent New York Times piece.

An expert from India’s Family Planning Association sounded a similar alarm to Foreign Policy: “All the work that has gone into the development and well-being of women and children, I think the pandemic has pushed us back by 50 years.”

Whether we’re looking at New York or Nigeria, at food insecurity or physical well-being, the events of the last few months have already begun to illuminate the precarious positions so many of our neighbors are left to navigate when the status quo crumbles.

A natural disaster, disease outbreak or other extreme event inadvertently presents us with a moment to take stock of fragile systems and insufficient infrastructure — to see who comes through it unscathed, and who bears the brunt of it. Over and over again, we learn that those who are most vulnerable in normal times are also the ones most harmed in times of crisis.

As the virus has spread, Operation Fistula has been grappling with how to adapt to the effects of the outbreak on the vulnerable populations we try to support year-round: women with fistula, the communities they come from, and the health workers who strive to help them. Our attention has focused on Madagascar, where we employ a full-time team of a dozen staff in our Antananarivo office, as well as several dozen field staff between our two target regions, SAVA and Vatovavy-Fitovinany.

Many studies – both of the current situation, and of past pandemics and similar crises – have shown that people who were in need of care before a pandemic emerged may be pushed even further towards the back of the line.

Women with fistula were already at the back of the line. Our job is to make sure they’re not forgotten altogether, and we know that won’t be easy.

We are still in the early stages of this crisis, and yet when we look at the overall landscape of public health interventions, we see that many are already being put on hold, due to a mixture of safety concerns, cost cuts, and limited resources.

“In the rush to respond to the pandemic, countries will pull funding from nutrition programs and attention from hard-won, multisectoral efforts to curb malnutrition,” noted an April Devex report. “People will almost certainly emerge from the crisis poorer, with a diminished ability to access nutritious foods.”

The science magazine Undark reported that the emergence of the coronavirus has “derailed the measles eradication effort in the [Democratic Republic of Congo],” and that it “threatens similar campaigns aimed at tackling a host of old scourges ravaging low- and middle-income countries.” The partial list includes diphtheria, measles, meningitis, polio, tetanus, typhoid, and yellow fever. “At least 25 countries have so far decided to suspend their campaigns, and more than 13 million children have already missed out on potentially life-saving vaccinations.”

Boosting nutrition and ensuring routine vaccine coverage are the types of essential health interventions that could mitigate future outbreaks by building up immune systems. They are investments that may, in retrospect, seem obvious and cost-effective, but also that tend to be cut in crisis situations, when so many resources are redirected to the issue at hand.

These reactions also make clear the strong link between health and wealth.

An investigation last month showed that slow-but-steady progress in poverty reduction is already dissolving, and that the trend is expected to continue. “In a matter of mere months, the coronavirus has wiped out global gains that took two decades to achieve, leaving an estimated two billion people at risk of abject poverty,” it found. “However indiscriminate the virus may be in its spread, it has repeatedly proven itself anything but that when it comes to its effect on the world’s most vulnerable communities.”

The executive director of Harvard’s Bagnoud Center for Health and Human Rights, Natalia Linos, pointed to the cyclical nature of such circumstances. “Poverty is a huge driver of disease, and illness is one of the big shocks that drive families into poverty and keep them there.”

Linos said that in a pandemic situation, inequality becomes even more starkly visible. “The poor […] cannot afford to stock up on food, which means they must go more frequently to stores, increasing their exposure. And even if they have jobs, they are unlikely to be able to work from home.”

Fistula is a textbook example of the kind of inequality that persists in places where women and girls have already been left behind by broken systems. They are unable to access the professional care they need during childbirth, and then once they have lost their baby and sustained an off-putting injury that causes them to fall even lower in the eyes of their surrounding community, they have nothing to grab onto to sustain a livelihood.

To anticipate the kind of effects we can expect to see on maternal health in general, we need only to look back a few years, to the 2014 Ebola outbreak in West Africa. A 2015 article in The Lancet found that women, children, nurses, midwives and doctors suffered disproportionately. The tragic loss of healthcare personnel in Guinea, Liberia and Sierra Leone, the study found, crippled entire health systems, but the largest effects were on maternal mortality.

Following the crisis, the researchers examined “the  most  recent  population  numbers  and  rate  of  live births  in  each  country  pre-Ebola” and estimated that “an additional 4,022  women  would  die  per  year  in  childbirth as a result of doctors, nurses, and midwives lost to Ebola. This would bring  the  countries  back  to  rates  of  maternal  mortality  last  seen  in  2000  in Guinea and Sierra Leone, and 1995 in Liberia.”

A similar study in 2017, in the London School of Hygiene and Tropical Medicine’s journal Health Policy and Planning, corroborated those findings, estimating an additional 3,600 maternal, neonatal and stillbirth deaths during the 2014-2015 outbreak. Their conclusion now reads like a preview of today’s fears: “The indirect mortality effects of a crisis in the context of a health system lacking resilience may be as important as the direct mortality effects of the crisis itself.”

Like most public health NGOs operating internationally, Operation Fistula has already felt the effects of this ongoing crisis. Though our teams in London and Tana remain in daily contact and are finding valuable ways to use this forced slowdown internally, our community outreach and surgical interventions in proximity to current hot spots are largely on hold.

Our work depends on person-to-person communication, and on building trust in communities that have been left behind. We know we may have to adjust our methods as the situation continues to develop. For now, it’s neither safe nor feasible to continue as normal, as Madagascar finds its own path for handling the outbreak.

On May 23, as we mark this year’s International Day to End Obstetric Fistula, there’s a deep awareness that we are all facing new realities and new challenges. But our core mission continues to drive our ideas and adaptations. It is critical that we find ways to continue to do the work, so that the women who have been living with fistula don’t risk falling even further on the teetering social, medical and economic ladders available to them in this moment of uncertainty.